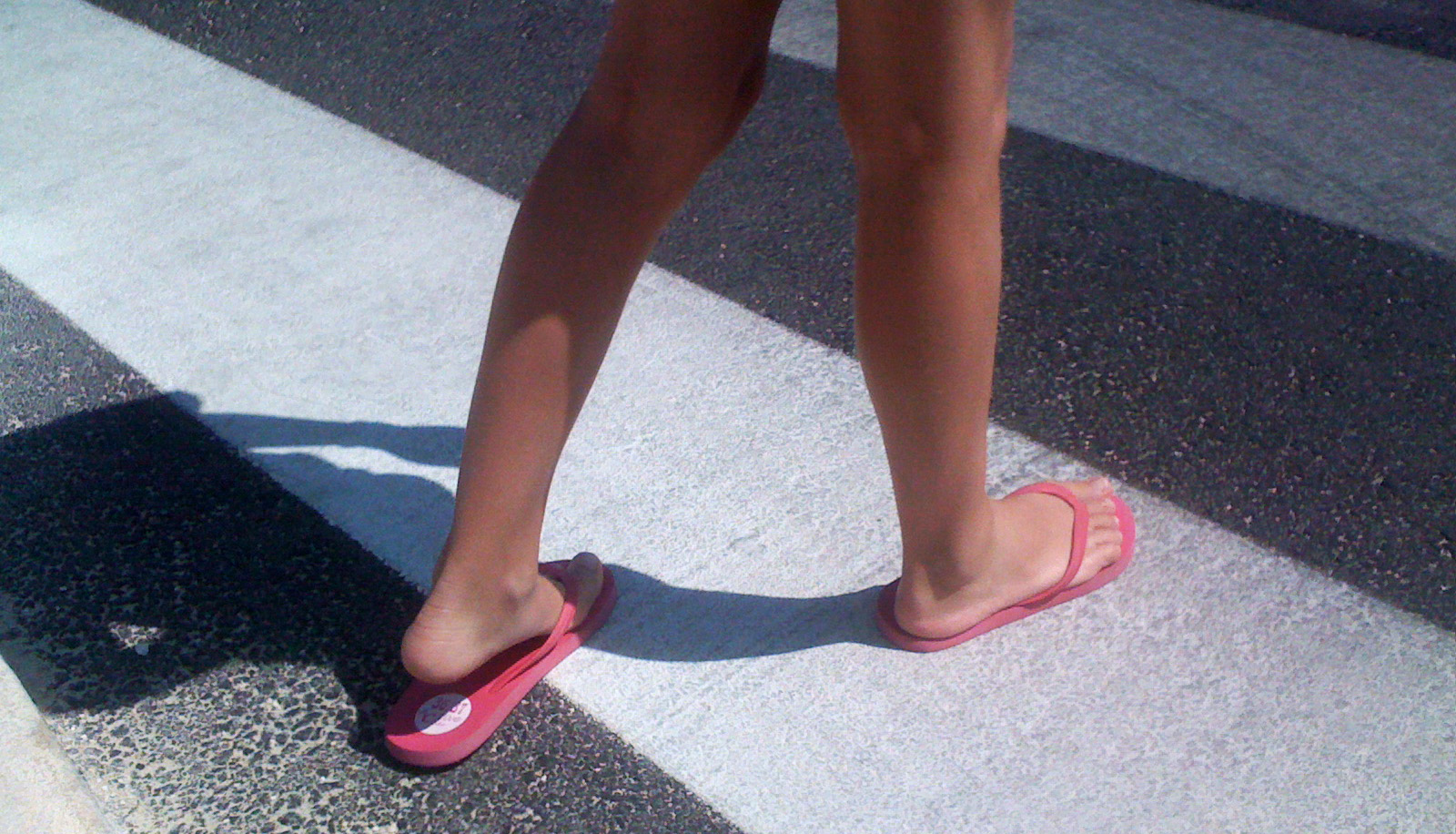 We can only step at the white stripes

A few days ago I was coming from the park with my youngest daughter and as we pass through a walkway, she looked at me with a mocking smile and said, "Dad, we can only step on the white stripes!"

I confess that I was delighted and immediately transported to my own childhood. Probably everyone, as a child, made the same joke. It is a question that has always intrigued me, different people reacting similarly to the same stimulus. In my case, I distinctly remember that the building where I lived as a child had, in the entrance hall floor, an apparently random square pattern of white and black stone (at least I never got a glimpse of its rule). All the children of the building, as they entered, made the same joke that in this case was hopping by the black squares (which were in much smaller numbers) until they reach the elevator. Many years later as an adult I amused myself whenever I saw a child do the same. Apparently, when facing a particular visual stimulus, at a certain space, children can not resist incorporating it into their games.

Probably the mind researchers will have a perfectly logical explanation for this. I've been told that this facet would rise to our genetic makeup in data recorded on the reptilian brain, and some other scientific explanations. I prefer to think it’s a manifestation of creativity and intelligence in the appropriation of space around us, characteristics of the human race and that children without the politeness or behavior filters we try to inculcate in them, so well represent. I also think that this issue is enhanced by the repetition of the experiment. It is possible that not all the children will immediately want to step only the white stripes when crossing a walkway. But sooner or later, all of them will certainly do so.

But just as I believe that there are sensory experiences that are lived in the same way by everyone, I also believe that each individual has usually a very unique and personal perception of space, especially the first time he feels it. This is why it’s so important to personally know the landmarks, the cities and the most iconic works of architecture, instead of knowing them only by photographs. I am not diminishing the importance of photography. I believe as much as possible in its value and ability to convey knowledge and induce emotions. But I think the personal knowledge of a place is irreplaceable. Besides being a much fuller experience, not limited to vision but incorporating data from other perceptual senses, it is mostly subjective and highly personal. Is dependent of our physical characteristics, cultural background, weather conditions and even our state of mind. (as Paul McCartney said in a song that was rather corny “What good is art when it hurts your head?”).

Architecture, beyond what we see when we walk through it, and realized the lights, shadows, colors, brightness or texture, gives us perfectly subjective data that vary from person to person. The heat we feel when walking in a space, how our feet sound, the smell of a floor, the roughness of a wall, the angle or thread of a certain view, light or shadow, the way a color can surprise us, are infinite the details that move us, positively or negatively. And that contributes to turn our experience unique and different even from the person who is on our side. A space with very low ceilings can raise great comfort to a child and become unbearable to a person of great stature. An area that appears to be of an unsurpassed luxury for a person of few resources may seem trivial to a millionaire.

The truth is our relation with the space we go through is above all a matter of personal perception.