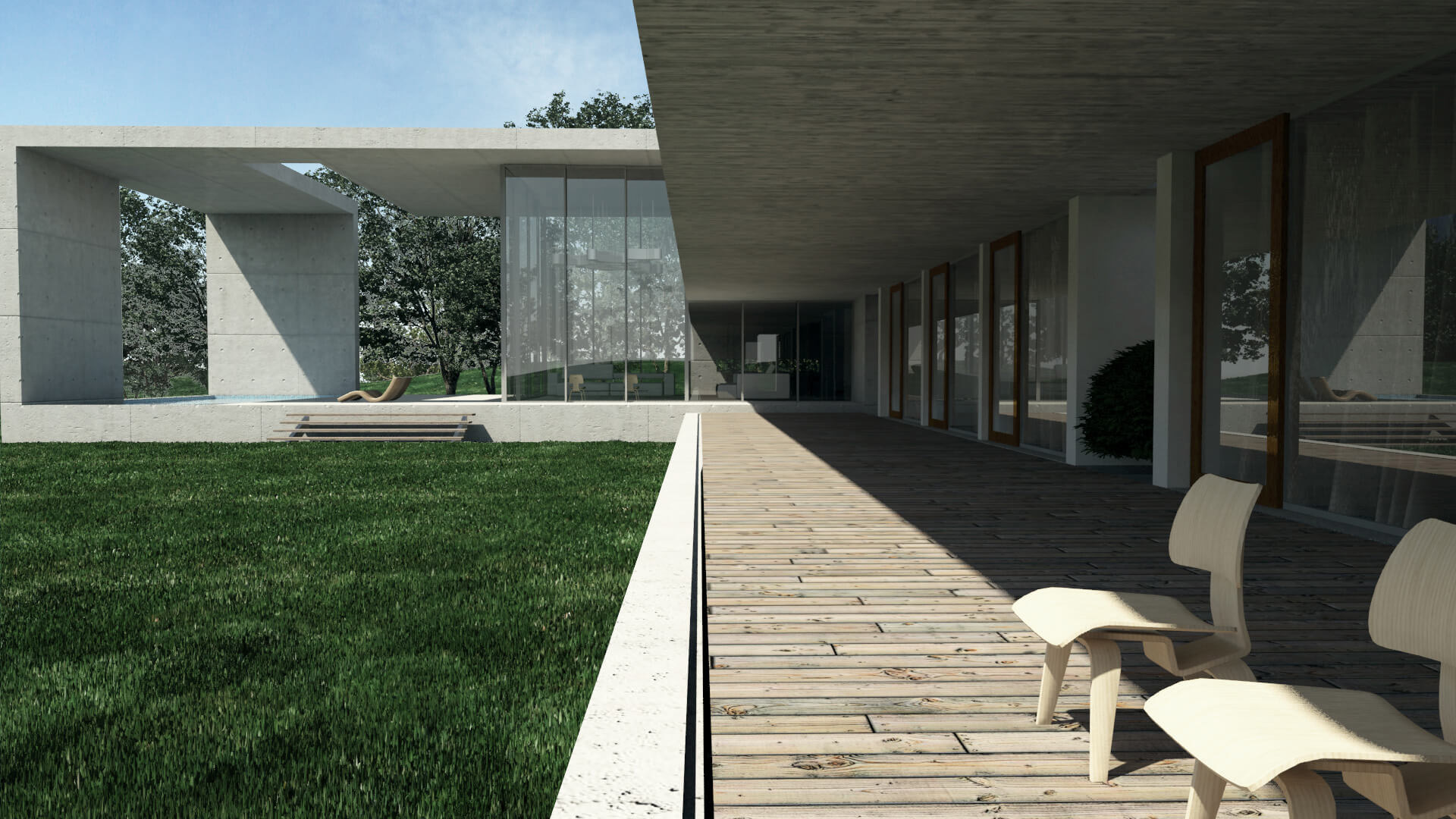 A few weeks ago I wrote a text describing how it would be my dream home in Lisbon. I also thought at the time to write some lines about how my out of town dream house, as one might say, my retreat, would be.

It would ideally be on a site with personality: A few trees, preferably a clear and beautiful view with sound exposure. A beach, a lake or a mountain would be potentially idyllic locations. But a large terrain with wavy topography, relatively dense and varied vegetation, to provide shade and allow one to open the house to the surroundings while maintaining enough privacy, would make me a happy man.

If for a house in the city my dream is to remodel one of the many vacant buildings that exist at its center, my dream of "cottage" is a building made from scratch, isolated, or at least with a comfortable distance to the constructions nearby.

Its shape and configuration will depend mainly on the site in which it will be inserted. So, rather than formally describing a house, this text aims to explain what would be behind its design:

- It will be decidedly modern and minimalist. I believe in the poetry of straight line and the house of an architect should be a manifest of his ideals (which is not always the case, from my own experience).

- A slight but affirmative mark on the landscape, integrated with attention to context but without complexes, inducing a feeling that the house is embedded in that place, becoming part of it, adding something, reinventing it - making the place: the notion that this place has become unique with the construction of the house and one might be inspired to think, a few years from now, that that building was always there. And that makes perfect sense that it is there. This is not necessarily an immediate sense. To get thick, architecture requires time and needs to be tested and reevaluated twenty or thirty years after it was built.

- Will have large aperture between interior and exterior, extending outdoors to indoors and vice versa, but allowing discreetly and effectively to close the house when the occupants are away.

- Will be built with simple and robust materials, that will age well but accuse the passage of time. Materials that mature in contact with nature.

- Simultaneously delicate and strong, will have great transparency for the most interesting sights, being opaque to the others. Its interior will reflect the informal organization to which aspires a holiday home. Over time, some of the surrounding vegetation will grow around the walls of the house, making its contours less exact and noticeable.

- Comfortable and spacious without being huge, it will be fluid but with some recesses and carefully constructed to be cool in summer and warm and cozy in winter.

- Will be a place of contemplation, resting and conviviality. Able to inspire great joy and to accept, with dignity, infinite griefs.

- A place to live, create bonds and age, knowing that when we’re gone, our descendants will want to keep it.